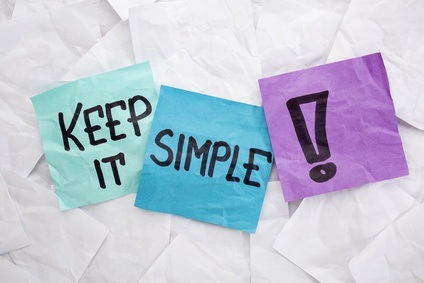 I love the simplicity that can sometimes be associated with developing and growing a business. So many folk believe that it has to involve thousands of pounds, a strategic rethink, extensive research etc etc. In essence – a paradigm shift. No it doesn’t!!! Sometimes it takes external perspective and the slightest of changes to start the ball rolling in the right direction.

That takes me on to the ”toothpaste story.” A story that – to this day – I cannot be sure is true or not but it delivers such a powerful message that I really hope it is. Here goes…..

Way back in the 1950’s a guy approached one of the large toothpaste manufacturers and said that he had an innovation that would cost them almost nothing to implement yet would yield an immediate 40% increase in sales. Just a random guy who wasn’t well known to anyone outside of his own sphere. He offered to sell the company the exclusive rights to the idea for $100,000. A massive sum of cash at the time yet easily recoupable given the additional volumes of toothpaste that would be sold. The executives of the company were however sceptical and would not invest such money if it could be avoided. They thanked the guy and said they would get back to him. The company’s marketing and technical staff were then tasked with proposing ideas for increasing business by 40% for little cost.
Two weeks later – no useful ideas had emerged so they called back the guy and said that he had a deal. After the legal niceties were completed and the money handed over, he gave them a brown envelope containing a small slip of paper. On this slip were the words: “Make the hole bigger.”

If you increase the diameter of the hole from 5mm to 6mm, the volume of paste squeezed out for a given length of squirt along the brush is increased by 40%. So, most users will consume the tube that much faster and need to buy more…..

Simple, sustainable, cost-effective……………..an inspiring story of how easy it can sometimes be to grow your business at minimal cost. External perspective is invaluable as a different set of eyes can invariably identify low hanging fruit that you – as the business owner – don’t always see through continual close involvement. We can help you through that initial process of identifying and implementing the ”quick fixes” to ensure that your business does gain immediate upward traction. It really can be as simple as making the hole bigger…..you just need to know where to look.